When you buy injection molding machine, the knowledge you need to know

What is injection molding machine?

The clamping unit function is to provide enough force to clamp the mould tightly, making sure the mould will not get apart while the materials injection into the mould cavity. About its design, there are two types, toggle clamping and hydraulic clamping.

The Injection Unit main function is to injection the material into the mould cavity and charge material into the barrel. In which, the key components are Screw&Barrel set, sometimes it’s main factor for successfully injection molding a perfect final product. Especially for some critical products or material, such as for molding optical lens and similar transparent materials. For different materials, usually the design of screw may be a little different. The screw steel is also very import, for some strong materials, like materials adding fiber glass, or metal powder, Bakelite powder, they must require the bimetallic screw, otherwise the screw will be worn out in couple of months.

The machine base is the main frame, on which the injection unit, clamping, hydraulic and electrical control systems be installed. The main point of the base are just strong enough and the design should be reasonable.

The Electrical Control System is like the brain to a human. It controls the machine actions sequences. It has an HMI keyboard, from which you may check and input the instructions to let the machine work as you want by setting different parameters.

The Hydraulic System is the injection molding machine power source for all the machine actions. When the machine start, firstly the motor works and force the hydraulic oil into the main valve block through oil pipes, from the valve block the hydraulic oil will be guided into different cylinder controlled by each action valves, then each action works in sequence accordingly. For the electric injection molding machine, it does not have the hydraulic system, all the actions were driven by servo motors directly.

Typically, the injection molding machine’s working process (action sequences) is, 1. Close mould, 2. Inject material into the mould, 3. Products cooling/heating inside the mould, at the same time, the screw charging material for the next injection, 4. Open mould, 5 Eject out the finished product. Then start another cycle.

What is cheaper injection molding or 3D printing? Maybe this will be your first question to ask. For answer this question, it will be better to analysis both of them from the view of cost, efficiency, developing time.

The production cost. If the demands for the plastic parts is no more than 100pcs, definitely, the 3D printing is good choice. Because for injection molding, it requires to make the mould, which cost is much expensive, considering only making 100pcs products. If produce thousands or millions of products, when share the mould cost to each product, the mould cost could be ignored.

Production efficiency. If make a product which size is big, the 3D may take couple of hours to finish it. But for injection molding, it will be no more than 3 minutes to get it done. So, when comes to mass production, more than thousands of pieces products, it’s for sure to use injection molding.

Developing time. For 3D printing, as long as the drawing finished, you can get the product immediately by 3D printing. But for injection molding, it needs to make the mould firstly according to the drawing, usually it will take 20-30 days to finish the mould.

In conclusion, for mass production, the injection molding is much cheaper than 3D printing.

How to choose your suitable injection molding machine? 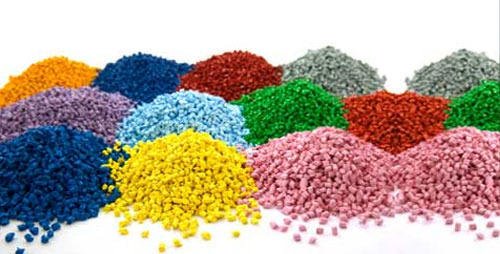 When come to this point, many people may get confused and easily make mistake. I can say many client do not even know there is a vertical injection molding machine. 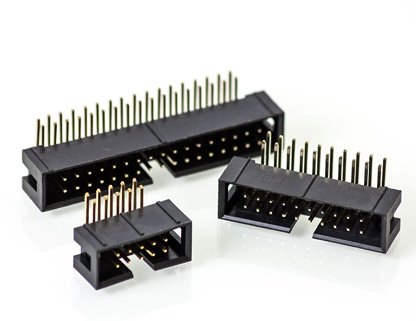 Here lists the advantage and disadvantage of each type.

Hydraulic injection molding machine: it is the most popular injection molding machine in the market. Because the price of it is much cheaper comparing with electrical machine. No matter as small as less than 15-ton machine, or as big as 6000ton machine, all available in the market. It is hard to find the disadvantage of it, the only thing is the client need to change the hydraulic oil in 1-2 years for machine good performance.

Then another question comes:“How do you calculate injection mold tonnage?” or “How is tonnage calculated?” 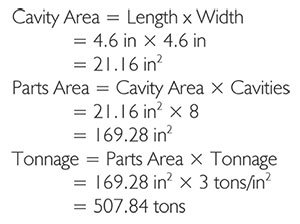 In order to make this question easy to answer, let’s not consider the very critical product, like thine wall product and the difficult material like Bakelite powder.

Then, you will calculate the product required clamping force.  Considering you measured the size by inch, the tonnage required will be T(tonnage)=A (area by inch) *3(tonnage required per square inch). The 3 tonnage is based on normal thermoplastic material, like PP, PS, PE (If for special material, please consult to the professor).  Remembering that, this is the one product required clamping force, if you have multi-cavity mould, need times to the cavities number and add the runner area.

For choose the suitable injection molding machine, other than the clamping force, the second important factor is the shot weight (or called injection capacity). It will be easy for you to know this. You just put your products on the weighting device, then you know the single product weight. If multi-mould, just time the cavity number and adding the runner weight, you will know how much shot weight of machine you required.

Hopper Dryer, which is the standard auxiliary machine you required, if you want to get your products well injection molded. This device helps to make the plastic material dry before material goes into the barrel to melt.

Here lists the advantage and disadvantage of each type.

Hydraulic injection molding machine: it is the most popular injection molding machine in the market. Because the price of it is much cheaper comparing with electrical machine. No matter as small as less than 15-ton machine, or as big as 6000ton machine, all available in the market. It is hard to find the disadvantage of it, the only thing is the client need to change the hydraulic oil in 1-2 years for machine good performance.

Then another question comes:“How do you calculate injection mold tonnage?” or “How is tonnage calculated?”

Color mixer, when you want to get your products have special color, like green, blue, red, etc, you will ask, how is Colour added to plastic? If so, you need to add color master batch into the raw material to get what color you want. In order to make sure the color master batch and the raw material have good mixing, you need this device. If you want to have much accuracy mixing, the best choice is to use color masterbatch machine. 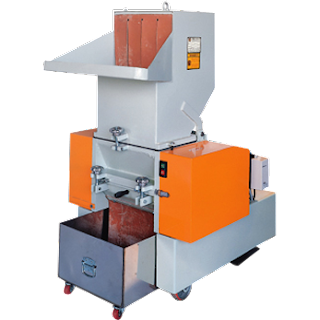 Chiller, while the injection molding machine working, cooling water is required to keep the hydraulic oil at the temperature 40-50 ℃ for good performance, also to keep the mould cool fast. The chiller function is to cool the cycling water for this purpose. 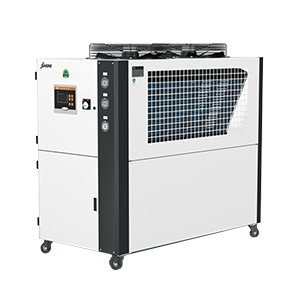 Mold Temperature Controller (MTC), for some special mould, it requires the MTC to keep the mould at a special temperature for working. For injection molding the Bakelite material, it must be required to keep the barrel at 70-80 ℃. 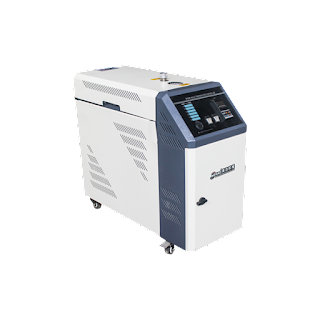 From where should I buy an injection molding machine?

Even with this information, you may still not sure from which company you should buy your injection molding machine, right?  There is a simple way if you want to save your time and energy, find a professional people for consultant. If you do not have such a professional around you, you may contact with me:

Normally, you need communicate with the salespeople clearly and make sure they understand fully about your all detail requirements. Then you make around 30% advance payment (depends on different factory), the factory the machine manufacturer. After the machine finished, you make the balance payment and get your machine to delivery.

For injection molding machine less than 400ton, the machine could be delivery in whole machine, when you received them, just connect power, cooling water, load the mould onto the machine, you start your production. 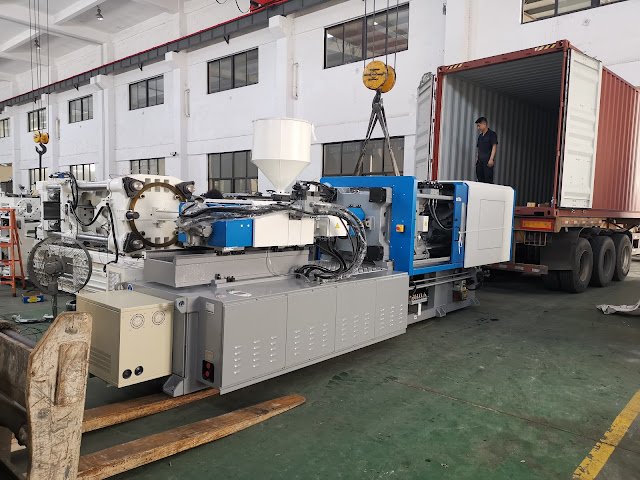 For the machine between 500ton to 1000ton, the machine will be disassemble into two pieces, injection unit and clamping unit. It is not difficult to assemble them together, just follow the factory’s instruction manual, you can make them together and start your production. 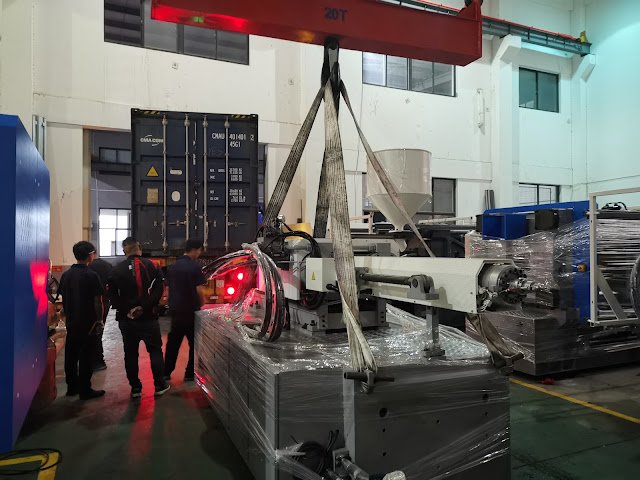 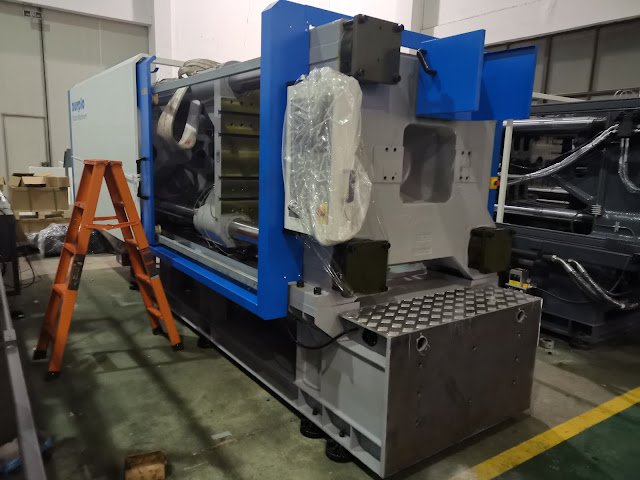 For the machine bigger than 1500 ton. Normally you need the factory send an engineer to your factory for installation, because such big machine, it could not put into the container in whole machine or two pieces. They will be disassembled into small parts.